To say that Abi and I love living in Ashland is an understatement at best.  What we find so fun is the spirit in which everyone embraces the charm of a small community, and today's Halloween parade was no exception.  We walked to the plaza thinking we'd watch a little parade and head back home but boy oh boy were we delightfully surprised to find ourselves in the middle of thousands of people and such a crazy event!  While I can't exactly define it as a parade, everyone did proceed north on Main Street, dancing, walking and prancing behind a Samba group, so lots of energy everywhere.  Adults, teenagers, families, wee ones and dogs alike were costumed and only a handful (including us) were not in costume.  And these were not throw on a hat and call it a costume costumes, these were well-thought out, some of which took hours to put together, costumes. After the parade children were encouraged to trick-or-treat at the stores and restaurants along Main Street and the smiles were aplenty. We stood in the middle of the plaza and took it all in, just watching and having so much fun taking hundreds of photos.  We tried to narrow the choices for the blog to hopefully give you a sense of the festivities. Happy Halloween Ashland style! 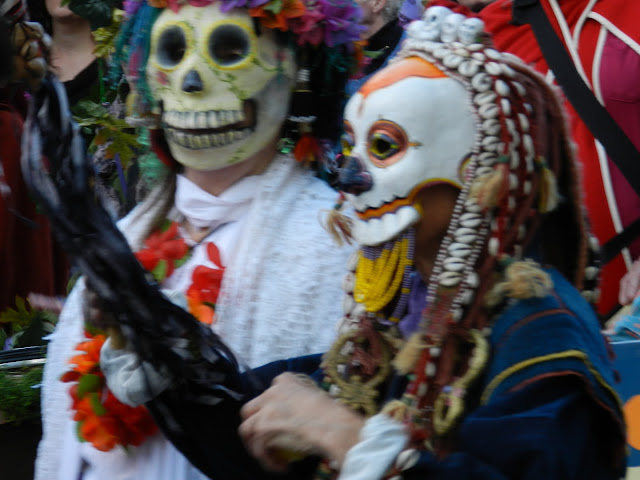 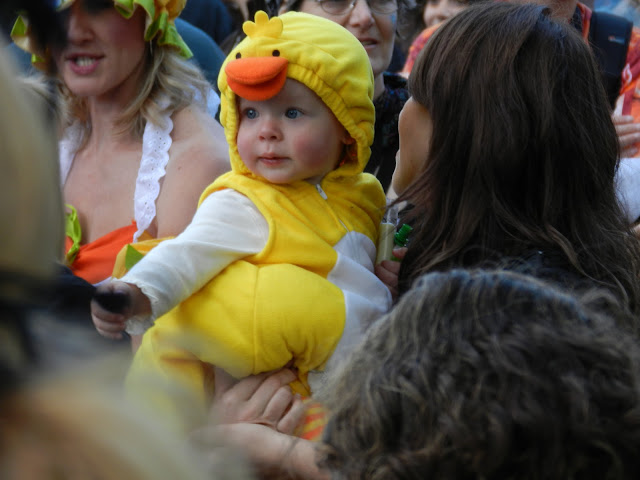 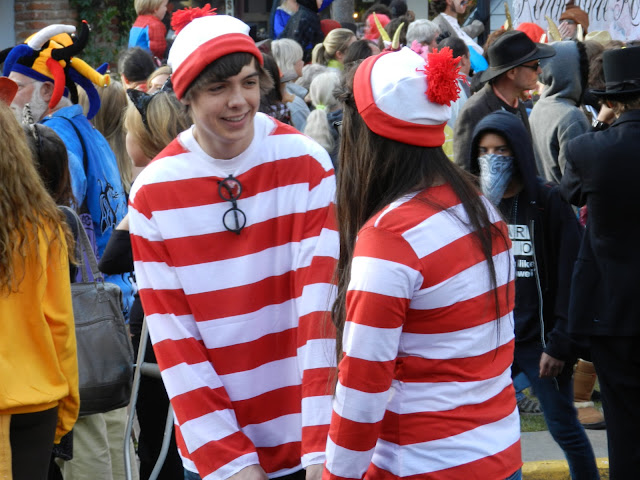 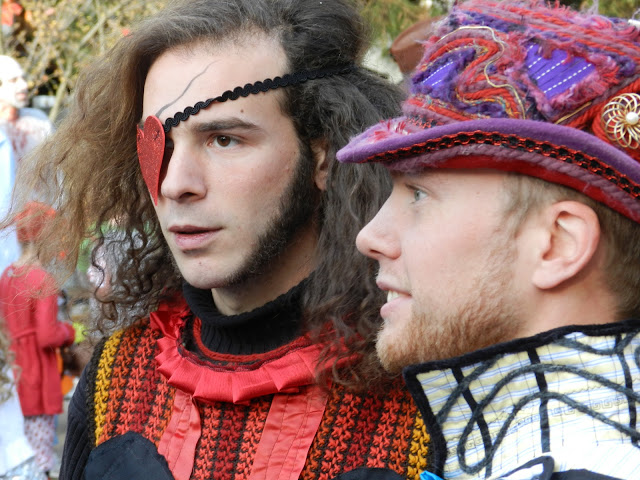 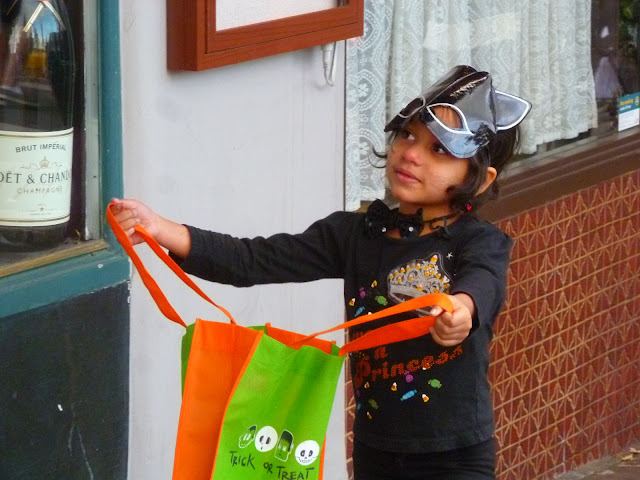 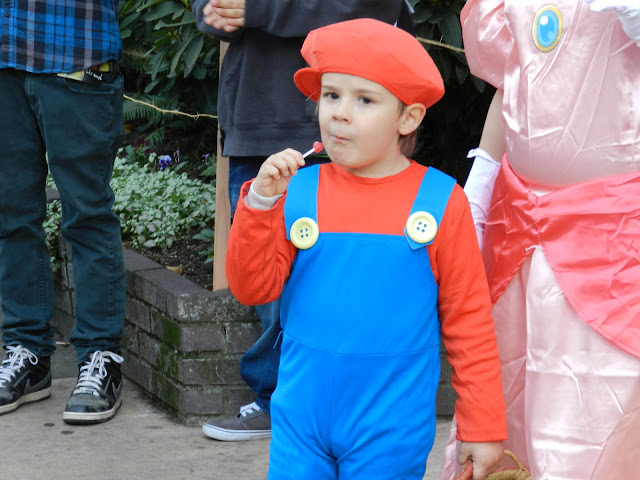 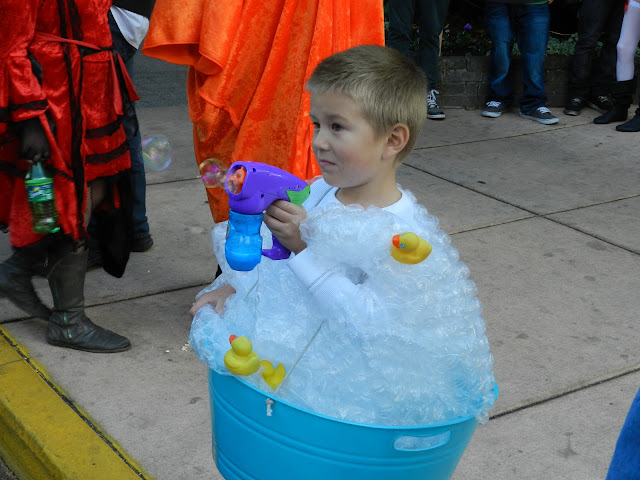 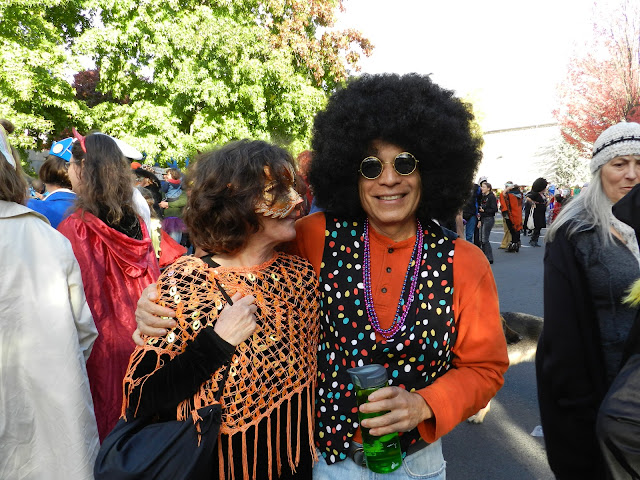 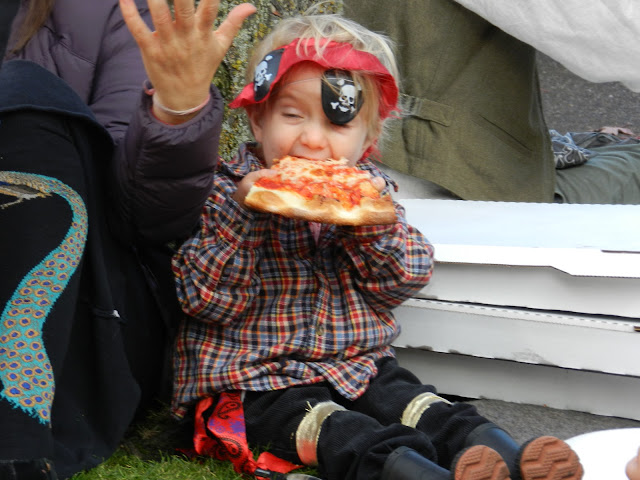 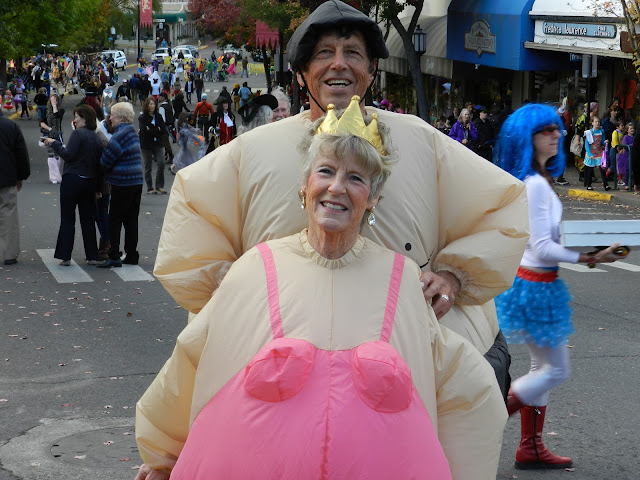 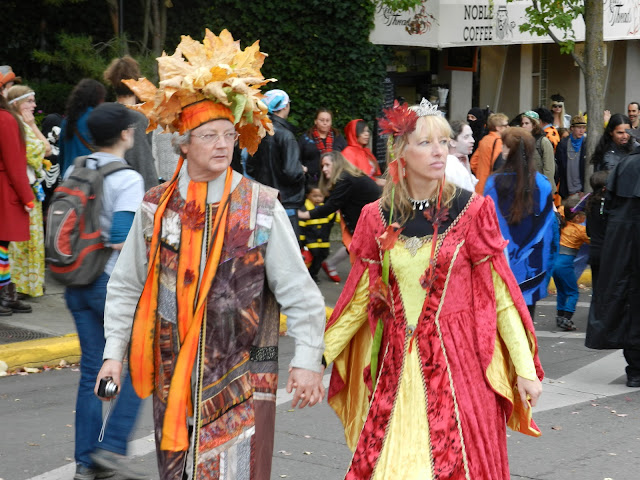 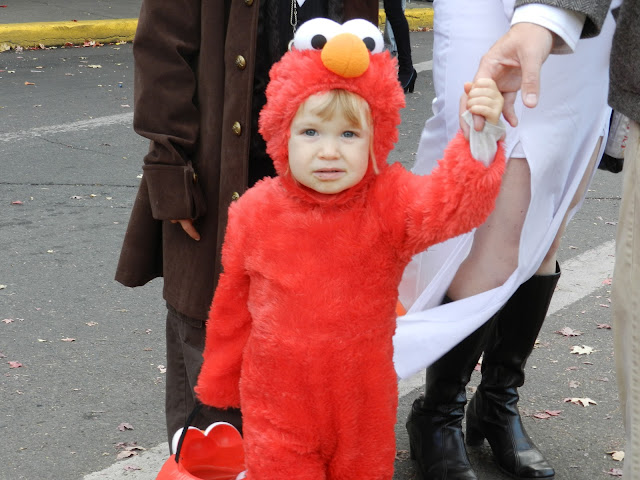 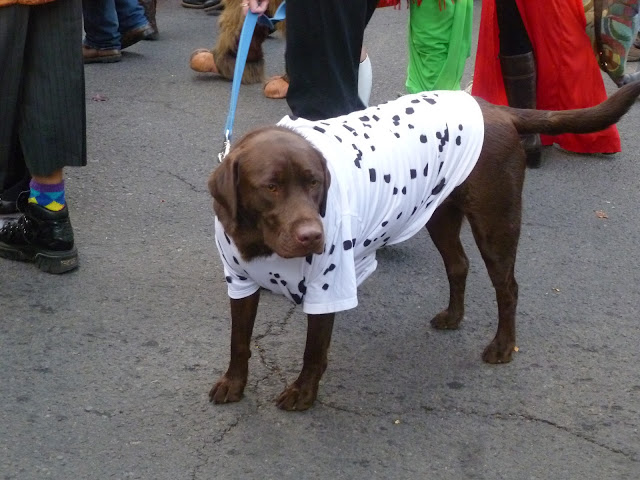 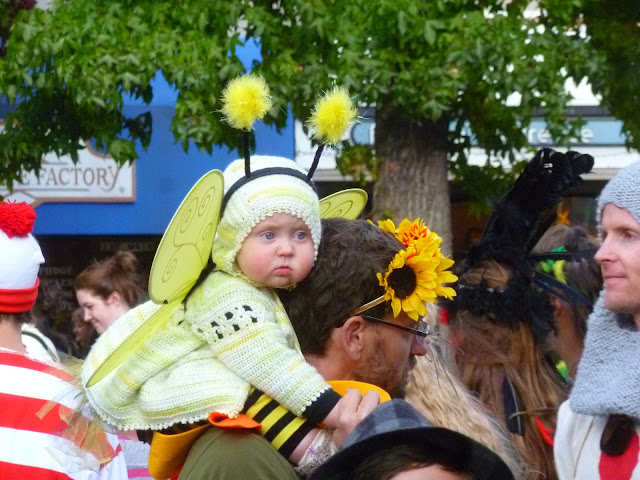 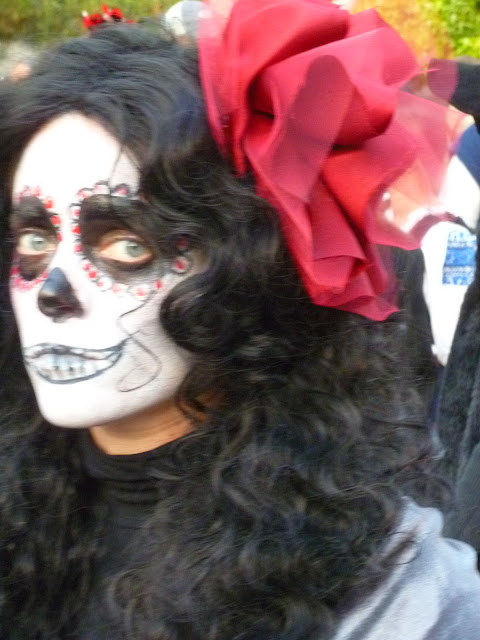 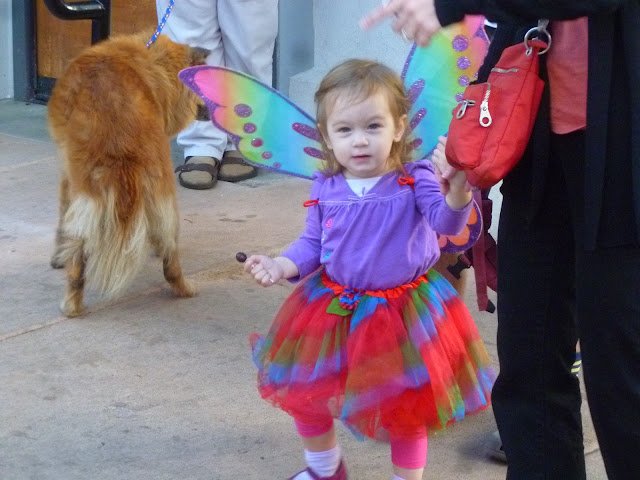 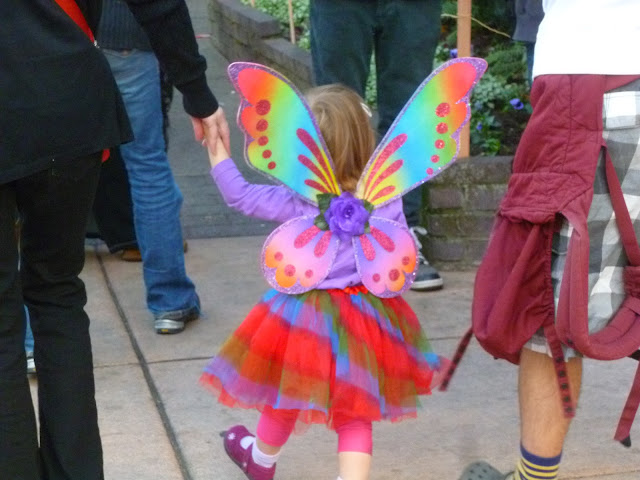 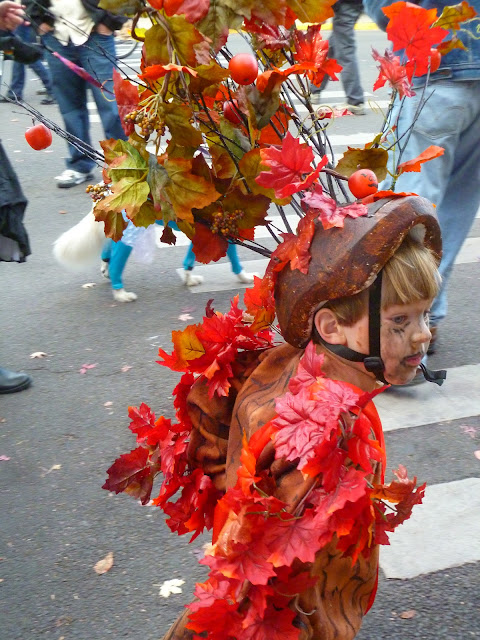 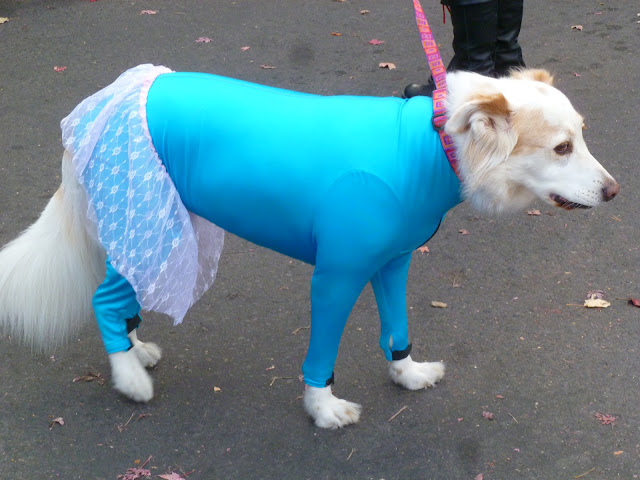 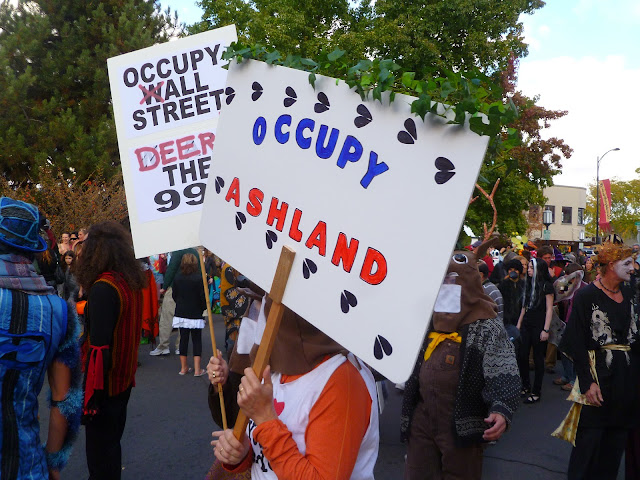 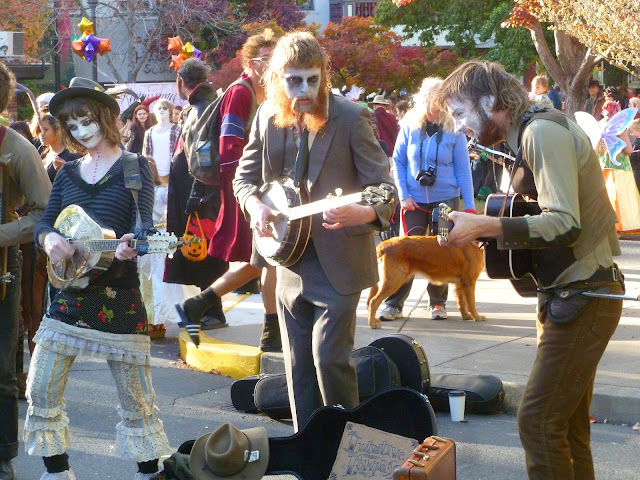 Posted by Patti@oneroadatatime.com at 10:21 PM

Promote Your Page Too